Alias Fes, but than just Fessi

After Ba I had feared "never to get such a dog again". I should be right, because I did not get a Ba, but a Fessi, the world's very best!
You could take him everywhere, he was very friendly, disciplined and would have loved to move to Denmark. He loved the sea and the beach. In total we were together 13 times in our "second home" at the Danish North Sea. 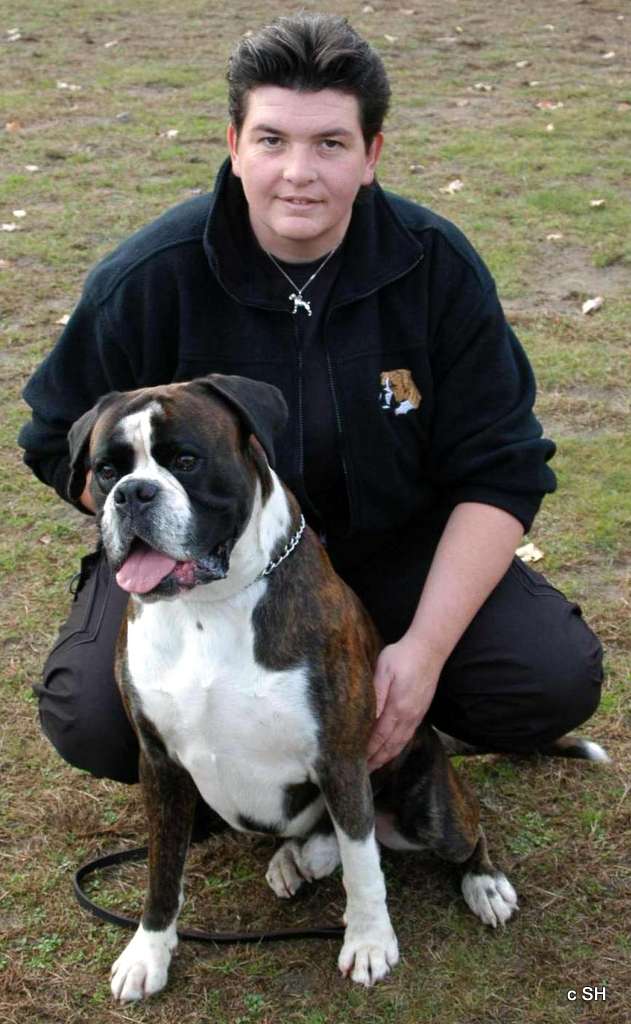 Despite some injuries (Fes and I) we were successful in VPG as well as FH. In total Fes and I participated in one VPG DM, 5 FH DMs and one ATIBOX FH WM! We were Vizelandessieger VPG, Landessieger FH, several times Jahressieger Fährtenhund of the Landesgruppe Westfalen and several times Jahressieger of the Gruppe Lengerich in VPG and FH. We were also allowed to participate 5 times in the famous Nordseecup -an invitation tournament for tracking dogs- in the group Nordholz and could even win the cup 2 times (2007/10). In 2010 we even set the best mark of Kalle Meuser from 1994 with 199 points (100 and 99). Of course, not everything worked out, but it was great experiences, we met totally nice people all over Germany through the sport and I am super proud of our achievements!

But the most important thing: he was a great dog, a super buddy who was always in a good mood and you could rely on him mega! In our puppy group he played with every puppy and "reprimanded" them with looks and that until the end. He was simply a personality with a lot of charm! His death hit me deeply and I will never forget him! He is and remains my Fessi.

Actually, I had gone to Hermann Wellisch in Röthlein in Franconia in 2001 after Ba's death to have a look at "Fitus", because Fes was actually much too colorful for me, but everything turned out differently and the little rascal moved in with us in August 2001. I have not regretted this belly decision a single day and thank Jutta and Hermann Wellisch for this great dog! They were also the first breeders who came to a DM; they even came to the ATIBOX FH WM in Denmark! They even drove the extra 400 km to congratulate their boy on Fessi's 10th birthday on 26.06.2011, which we celebrated with friends!